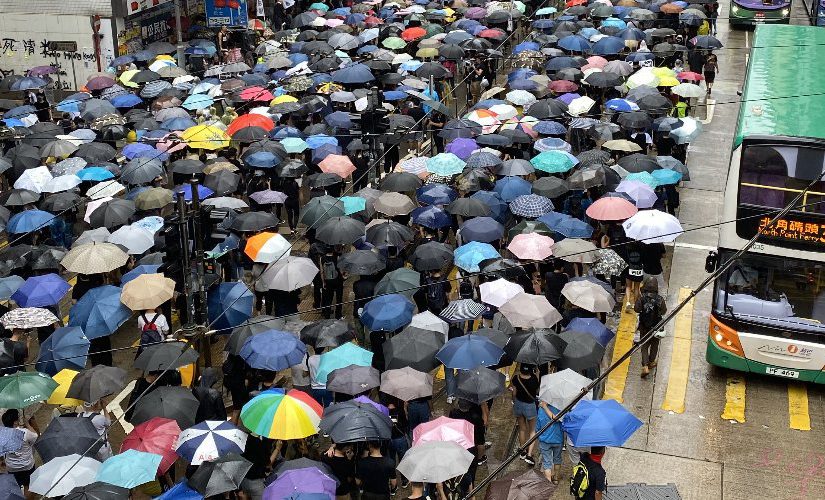 Hong Kong is currently seeing the largest mass mobilization in its history. Many observers have ascribed the success of the anti-extradition bill movement to the “leaderless” and “self-organized” character of the movement. Whereas online platforms and messenger apps are well-known means for organizing collective action, these technologies have – in some form – already been used by previous movements. This is different for AirDrop, Apple’s peer-to-peer Bluetooth technology, which has arguably seen its advent in Hong Kong. In late June 2019, protesters have started using AirDrop to anonymously send calls for protest action to people while on public transport and at popular places across Hong Kong. How has this specific technology been used, and how has it contributed to mobilization in Hong Kong? More specifically, who sent these messages, when and where were they received, and what effect have they had on individual-level turnout? This paper will elicit these and other questions by exploiting a quasi-experiment, data from protest surveys, a representative population survey, as well as a field experiment conducted at multiple protest sites in Hong Kong since summer 2019. Investigating the use of AirDrop at the Hong Kong protests is important because it is likely that AirDrop will be adopted by future protest movements elsewhere, especially in authoritarian regimes where other means of technology are regularly censored or monitored.